Recently I have been watching the television show “Mom” on CBS. Anything starring Allison Janney is almost guaranteed to be pure gold. Anna Faris is funny at points too, but her character on the show can get annoying after a while. The show takes a comedic tour of a woman who is a recovering alcoholic and her relationships with her Mother, who is also a recovering alcoholic, her kids and later years her group of friends from Alcoholics Anonymous. I like the show because although it is a comedy it is dealing with very serious issues and isn’t afraid to tackle them. Viewers have seen relapses, addiction replacement(with food, gambling,  etc), even an overdose fatality.

Addiction is a serious problem and more and more fatal drug overdoses are happening every year. The opioid problem in the United States is getting much worse, and should not be overlooked. As someone who has worked in prevention and harm reduction for so many years, it seems like anytime progress is made in fighting the epidemic, something new comes along and pushes us back.

As much as I would like to see an end to Addiction, there is one thing that really bothers me: ADDICTION IS NOT A DISEASE! For years I have heard this working in public health, and most recently in the show Mom, the cast talk about how much they hate the disease. Claiming that Addiction is a disease takes all responsibility away from the user and is a dishonor to everyone who has an actual disease. Cancer, Diabetes, HIV…these are diseases. People who suffer from Addiction obviously have problems, more than likely they are mental or psychological issues that need professional help to work through it. But, Addiction is not a disease.

If you lock a diabetic in a room, give them water and food, but no insulin, the diabetic would die within days. If you lock up an addict in a room and give them only food and water, but no drugs or alcohol, they might suffer from withdrawal, but they won’t die. I want the severity of that to sink in. I have to use a needle every day to live. An Addict uses a needle to get their high. At some point in time, in most cases, an addict made the decision to use alcohol and/or drugs. There might be some who were forced to use against their will, and for those, I am sorry and hope they get the help they need. However, those who made the decision to use, are no victims and need to take responsibility for their choices.

The reason why an addict uses are varied and numerous, and most of it has to deal with hardships such as unemployment, homelessness, etc. These are major contributors to addiction and need to be addressed by society as a whole. I hope that those out there fighting to end addiction in the world stay strong and continue the fight. I have known many recovering addicts who have made it their mission to work in the field and help others. Their stories are inspiring and their determination is motivational.

There have been a number of services and programs set up across the country to help addicts abstain from using. Look for signs from people who want help but can’t bring themselves to ask for it. If you have children, have those difficult conversations with them. Ask them about what they know and go from there. Judgment and derogatory phrasing will not help. Keep an open mind and remember that health and well-being are of most importance. Like sex, parents should be open to discussing addiction and drug use with their children openly and honestly.

So, to sum up: Addiction is real and needs to be better addressed across the country, however, it is not a disease. 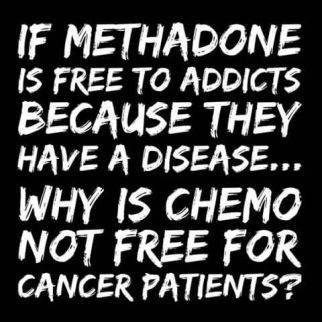