In 2007 I made the move from Austin Texas to Boston Massachusetts. I got a job working at The MALE Center, part of the AIDS Action Committee of Massachusetts, as the Outreach & Education Coordinator. This position was very similar to my previous job in Austin, but with the much better location of being in Boston. The MALE Center was located on the corner of Massachusetts Ave and Columbus Avenue, perfect location in the South End (just 2 blocks from my apartment). The MALE Center’s purpose was to serve the Gay and Bi men of Boston with HIV counseling and testing, as well as other issues such as homelessness, addiction and so on. In the HIV field we use the term MSM (Men who have Sex with Men), as there are a number of men who do not like to identify as gay or bisexual.

As the Outreach & Education Coordinator I was in charge of recruiting and training volunteers who did outreach with me out at the clubs and bars and also those who would volunteer administrative assistance at the MALE Center. I was in charge of ordering the safer sex supplies (e.g. condoms, lube, etc) as well as making sure our condom closet was always fully stocked. Part of my job was also preparing events to help fully engage the community and link high risk clients to the proper services available. The one major change in positions was that I would also be administering rapid HIV testing. As it was just a finger prick for the blood sample, I felt overly experienced after pricking my own fingers to test my blood sugar 4-8 times a day, everyday for the previous seventeen years.

The staff of the MALE Center were incredible and amazing people. Michael, the Director (whom I loved to call boss), Mark the 2nd in command (one of the hardest workers you’ll ever find), Keith the counselor (a very calm and rationale person, who helped keep the crazies in the office from going overboard), Catrina a community worker(and one of the biggest pains in the ass anyone would ever have to work with, bless her) and Thomas a part-timer at the office who also worked for Fenway Health (a very by the book guy). These were the people I started to work with when I began. As the time went on we had others join the ranks: another Keith, a creative(who was based out of the main AAC office), Joe who took over original Keith’s job when he graduated (A Mr. Boston Leather), and of course Benny (a.k.a Marcello), who had previously worked there before I began, but was always a welcome distraction(at least for me).

As far as the staff go, I was very fortunate to know these great people and to call them all my friends. Michael was always inspiring me to question everything and to think way outside the box. Mark would remind me daily that the number one rule was to be flexible and expect the unexpected. Keith and Benny would be my foundation of friendship in Boston. I could always call, myspace (yes it was still around then), eventually Facebook and text these two guys for anything I might need. Because of Michael, Mark, Keith and Benny my group of friends in Boston grew in a way I could never have imagined. We all spent so many special times with each other: Birthdays, Holidays, Ginger Spice’s Birthday, something called a “Super Bowl”, housewarming parties and more. These guys were my family.

Michael was somewhat competitive and for Halloween one year he brought the entire staff one small pumpkin each. He challenged us to a decorative contest with the only rule being that we can not cut in to the pumpkin. As these pumpkins were to small for a blade, that wasn’t too much of a challenge. I have always been inspired by Greek mythology and Medusa was calling to me. Specifically from Clash of the Titans circa 1981. So I went out and got some strong acrylic paint, some jewels and pipe cleaners.  When I had finished I was quite impressed with my masterpiece. I did not know how anyone could compete with this.  Well, Michael shows up, and after we all have our mini pumpkins on the table getting ready for Sophie to stop by and judge them, Michael whips out his creation. He pulls out a regular basketball sized pumpkin decked out with as many types of materials as possible and carved in to, I might add. We all look at him as if he were crazy, as this was not the small pumpkin he had and we all know it didn’t warp that large over night. He then produces the smaller pumpkin and places the large pumpkin on top of it. He then quotes his rules from the day before saying that “we could add anything we want to the pumpkin, but no carving!” He was right, he didn’t break the rules at all. However, Sophie being the intelligent person she is, selected my Pumpkin as number 1, because it was the best.  Michael took the loss the hardest, which makes me smile to this day. I kept that pumpkin on my desk for a few months, as it did not seem to decay one bit. I was very curious how resilient these mini pumpkins were so in January I took a small pen to the pumpkin and as I broke the layer of acrylic paint the entire pumpkin had decayed inside of the paint without disturbing the outside appearance at all. Sadly I had to trash it.

If I don’t add this story in now, Michael will have some choice words for me. Later in the year, at one of our team meetings we were discussing deviled ages for some reason. I was saying how I loved to make them, and then Michael jumped in saying that he had the greatest deviled egg recipe. He challenged me to a deviled egg off. I couldn’t help but laugh to myself. The next week at our team meeting, at 8:30AM we walk in. Michael had a professional deviled egg carrying case and I had a small baking dish wrapped in foil. The rest of the staff was ready for the show down, but somewhat concerned about eating deviled eggs so early. It was a blind taste test. Michael came out victorious, 4-2 favoring his eggs. They were good, but sweeter than my liking. I love good cilantro in my eggs. Anyway, that was the day we were back on equal footing…Until next time!

The volunteers at The MALE Center who I was so lucky to meet there over the years were absolutely incredible. These Men and Woman from all ranges of life, took time out of their own busy schedules to help give back to the world and create a better place. These people inspired me to always do better and give more. To describe the level of commitment and dedication these folks had would be impossible for me to put in to words. We did outreach always once a week and usually two to three times a week, and I was always surrounded with these amazing souls who would pitch in when their own schedules allowed. From the weekly club and bar outreach to the much larger annual events, they were always there.

One of my first public speaking events for the MALE Center was at Pride Lights in Boston’s South End. I was so nervous before going up on stage, even though I was speaking to a crowd of people I would normally hand a condom pack to on Friday nights. I was so lucky to have a huge assembly of my  volunteers all come up on stage with me at the time and show the crowd how varied we are and how we all wanted to put a stop to the spread of HIV.

The Gay Pride Parade in Boston was always a barrel of stress, but always satisfying. We would have a large contingent of walkers who all represented the center very well.  One year in the parade we had a lesbian group in front of us, but as I say group I should clarify that it was only two lesbians in a bed on a trailer being pulled by a truck. As the parade went on the two lesbians in that bed were actually having sex. The parade officials were not impressed and had them pulled out about halfway through. Even with our condom and penis costumes, we were never evicted from the parade. Our group always portrayed a fabulous image of The MALE Center, and I couldn’t have been happier.

So many events, our volunteer thanksgiving appreciation dinner, Taste of the South End, Pride Kick Off…I enjoyed my job very much.

On Tuesday evenings I would do outreach at the local gay sports bar called Fritz, sadly I have heard it is now closed. This neighborhood bar was popular with locals, and on Tuesday nights the Boston Gay Men’s Chorus would go there for a drink after their rehearsals. The guys in the BGMC scared me at first, partially because Mark was one of them, and even though he wasn’t a direct supervisor of me, he did have my job before I did so I wanted to impress him. The guys were very flirtatious and after the 2nd week I felt very comfortable with most of them. They had a number of concerts, fundraisers and events throughout the year and thanks to Mark, I got to get more socially involved.

When I was about to leave Boston to move to San Francisco for college, they all threw a surprise goodbye party for me, and I wanted to cry. I moved to this city that I had never been to before, not knowing a single person and I was now leaving and would be missing so many amazing people and my dear friends. Over the past years I have always questioned if I should have left Boston. I was very happy there, with a great job and wonderful social network. The weather always kept me happy (Snowstorms, blizzards, ice), I always miss that. The MALE Center has since moved and all of my former coworkers are now spread across the Eastern seaboard. It wouldn’t be the same. I do love and cherish all of them.

Thank you to all of the Staff at the MALE Center, the staff of AAC, all of my volunteers, the chaps in the BGMC and the rest of the amazing friends of Boston. You are all very dear to my heart! 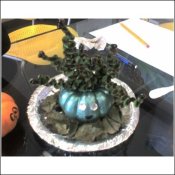 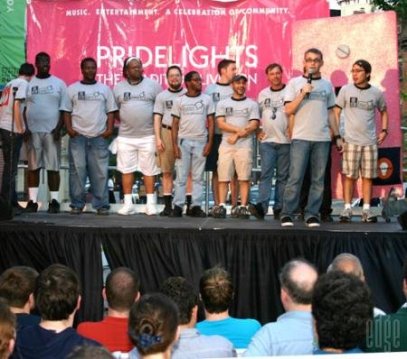 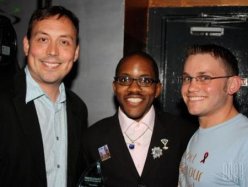 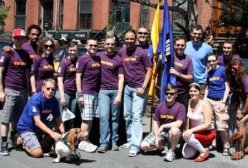 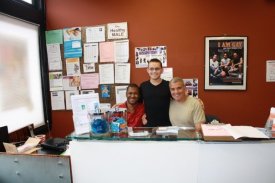 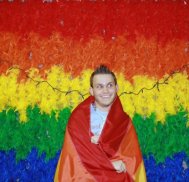 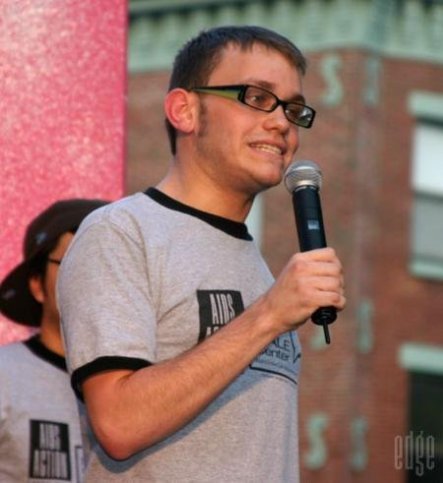 One thought on “The MALE Center Experience”