November 7th 2000. The night that the citizens of the United States of America were screwed. The night the Media discovered that they can control the political arena. The night an idiot was elected to be the ruler of a nation. This is my first hand account of what had happened that night.

I was a sophomore in high school at the time. Hutto High School was still a relatively small high school, with only 1 floor, 4 halls and roughly 400 students. I was in the library that morning, just reading a book on war world two history before my first class was set to begin. The librarian was an incredibly sweet woman to me, she liked that I was quiet and respectful(at least in the library) and that I was a real bibliophile. One of the teachers she was close to was Mr. White. When I say close I mean it quite literally, his classroom was right across the hall from the library door. Every morning the two of them stood in their door ways and chatted with each other. As I was packing up my bag and heading out the door to class, I overheard them discussing the election party happening in downtown Austin later that night. They were discussing how many people were gonna be there, crowding the streets of downtown, with musicians and celebrities and tons of news cameras. It sounded like a fun party to me.

As I was still too young to have my driver’s license, or a car, I was going to need a ride downtown. My dad as wonderful as he is, was not going to fight the hussle and bussle of downtown that night, so I instantly thought of my younger sister Kristina. She lived in Austin and was going to the University of Texas, and I knew she would be interested in this, because it was something new and could be fun. I did some research on what was going to happen and told my dad about it. Kristina was more than excited, and my younger brother Kyle wanted to go along as well. One of Kristina’s friends even wanted to go with us.

Kristina’s friend, Courtney, was at class that night at St. Edwards university. It’s another college in Austin, but much smaller, and cost just as much money if not more. So Kyle, Kristina and I waited in an almost empty paring lot for her to come down and meet us. We waited for what felt like an eternity, but was more like an hour. I already didn’t like this girl, because I didn’t want to miss all the excitement that was happening downtown. Also my mind went to Adventures in Babysitting, and who knew what kind of trouble could have happened to us waiting in a dark parking lot.

She finally came down, and we headed downtown. We found a parking spot not too far away from the capital, but we did have to walk a bit. The entirety of Congress Ave was gated off from the capital down to the bridge. There were thousands of people clamoring to get in. We didn’t realize that to actually get in, you needed a special badge. We stood on the outside of the gates for a while watching the huge stage and the giant video monitors above it, relating what was happening.

I was not content sitting on the sidelines and watching from afar. So I was going to do something about it. I watched as ever so often a person or two would leave the event. I assume they were tired of fighting the masses to get closer, and the night was dragging on. It seems that Florida was really making everyone scratch their heads. First Gore had it, then Bush had it, then it had to go back in to the “Undecided” column. I saw a guy exit through the gate in haste, with the badge around his neck, looking ready to get home. I quickly approached him with a mirrored speed, and asked if he would mind giving me his badge so that I could get in. While walking at the same speed, he pulled it off from around his neck, handed it to me and said “Here kid, have a good time!”

I had a golden ticket! My sister, her friend and my brother stood at the gate looking at me in awe. I gave the badge to my sister and told her to hold on to it for a minute. I then approached a couple who were coming out, asked them politely and energetically if the would mind, and I got two more badges. Unfortunately, no one else was exiting, but we still needed 1 more badge. looked around and the gate wasn’t being watched too closely, I could just go in and hand the badge over the fence to my younger brother. This thought scared me though, because if we were caught, they could take that badge and banish both of us from the event. Instead I gave the 3 badges to my brother, my sister and myself. Then I took two of the badges and wore one, while concealing another under my jacket and exited the venue. I gave the hidden one to my sisters friend and we both entered the venue. Finally, we were all in. We made our way through the crowd venturing ever closer to the stage.

We got close to the stage just in time to see Bo Derek come on. I was having the night of my life, sneaking in to this important night and event, gazing upon the capital closer than I ever have before, and getting to see Bo Derek…what a night. Unfortunately, standing around for hours waiting for the news to tell us another small state has given their miniscule amount of votes to their candidate, I was getting restless. I also didn’t like being trapped by so many random strangers. It felt like a republican mosh-pit, and I didn’t like it. So I told my sister I had to pee. That was an even bigger mistake. The port-o-potties lined up against the gate near the entrance were as disgusting as one would imagine. there were no sinks or sanitary napkins, hand wash or even running water. I had to hold my breath while I peed and luckily made it out in under 30 seconds.

As then night began to close down, we in the crowd felt abused. First we were told that Bush had won Florida and that was it, but then we heard that he hadn’t, so it was still undecided. The clock struck 1 am and our group was ready to call it a night. Kristina’s friend had already left, and Kyle Kristina and I were tired and done. So we left the venue, still happy we experienced it, but exhausted by the unorganized process of democracy.

The next day the real horror unfolded and the following month and years would continue to be spoiled by the illegal activities that had taken place. Seeing Bo Derek for 45 seconds was cool and all, but not worth 8 years of a moron sending so many soldiers off to fight a war that had no sense, draining the economy giving us the largest debt ever, and making Americans the laughing stock of the world.

It was a real treat to be able to attend the event that night, and I hope that November 8th 2016 will bring an even greater life changing event for the world. Hillary Clinton, the 45th President of the United States of America. 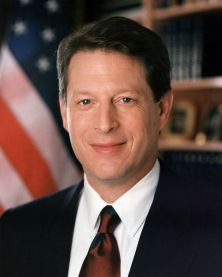 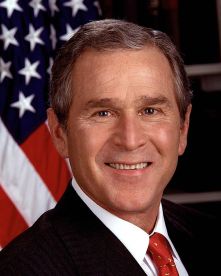 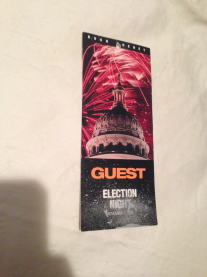