Catherine de’ Medici was born 13 April 1519 and died 5 January 1589 at the age of 69. I for one think she should have been offed years earlier, but I haven’t invented time travel yet, so as of right now, the dates stand. Please don’t think me evil for thinking so poorly of a deceased queen of France. This woman had committed so many atrocities while she was alive, that the population of France could have been healthier without her. Her manipulation had no bounds, once her husband had died, from her royal children (The good and bad), to the St. Bartholomew’s Day Massacre. Once her beloved husband, King Henry II of France had died, she made sure that everything went the way she wanted it.

Henry II died on 10 July 1559 from an injury he sustained during a jousting match. Once he had died, Catherine stripped Diane de Poitiers (Henry II’s mistress) of all gifts the king had given her and forced her into exile. Granted, if I were in her shoes I would have too. It was thought she had too much power at court, and Catherine was just getting her revenge. You can’t really blame her for that.

Francis II was the first in line to become King. He was only 15 years of age at the time, and Catherine, still in mourning, had the Guise brothers see to his tutelage. For the time being, at least. Poor Francis died at the age of 16, possibly from an infection or abscess in his ear. As he died childless the throne was up for debate. Catherine struck the opportunity fast to ensure her son, next in line ,would claim the throne.

Charles IX, only 9 years old was treated poorly his entire life. Catherine took to sleeping in the same room with young Charles, not out of love, but to protect her title to the throne. She was able to manipulate Charles and the crown to her will. In these times though, religion was causing many problems across France. (Just another reason religion should be outlawed as it only brings problems.) Although she was basically puling the strings, she wasn’t able to control the country the way she wished. In this time she married her daughter Margaret (a catholic) to Henry III of Navarre (a Huguenot), publicly explaining this marriage as a unification for France. Margaret is one of my favorite women in history, and there will be a post about her later on. Just a few days following the marriage, the St. Bartholomew’s Day Massacre began.

The Massacre began the night of 23 to 24 August 1572. The events surounding this massacre have been well dramatized by Alexandre Dumas in the novel La Reine Margot. It is a book I highly recomend all to read. In the night, King Charles IX signed the order to execute all Huguenots for conspiracy against France. Catherine is believed to be the one who forced the king’s hand. That night, all across Paris, Huguenots were dragged out of their beds and murdered in the streets, their bodies thrown in the river, flowing red from blood for days. The massacre then spread across the entire country of France. The death toll has never been accurately counted, and estimates of those murdered range from 10,000 to 70,000. The French Wars of Religion is a great example of why Religion should not exist, and a small reason why I am a committed atheist.

Two years after this massacre, Charles IX died of tuberculosis, and without a legitimate male heir. Catherine, saddened by losing her puppet, wrote a letter to her to the next male issue, her favorite son.

Henry III at the time was King of Poland, elected just a year before. He received a letter from his mother to return. In this letter she stated: “I am grief-stricken to have witnessed such a scene and the love which he showed me at the end … My only consolation is to see you here soon, as your kingdom requires, and in good health, for if I were to lose you, I would have myself buried alive with you.” She was obviously not a good mother, but to speak so freely of her love of one son right after one had died shows the malice and disdain in her. One problem Catherine has with Henry III was that he was over 20 years old when he was crowned King, and she couldn’t control him or the court she had with the other kings. Henry was a well-known homosexual, keeping many beautiful guys around him at all times, called mignons. (God, such a shame I wasnt alive then!) Although he did marry a woman, they had no children, and this frightened Catherine. When it was obvious that Henry III was not going to have children, Catherine made sure to bring her youngest and last son and educate him on how the country should run and how a King should rule. Unfortunately for Catherine, Francis was somewhat smarter and decided to turn his back on his family. He was even engaged to Elizabeth the First of England. Francis tried to take control of Antwerp and here many French soldiers were killed. This massacre caused Elizabeth I to end the engagement, and Catherine wrote to him saying it would have ben better if he had died younger, so that the French soldiers would have lived. Francis however died of malaria in 1584.

This death lead to only one possible outcome for heir to the throne after Henry III, Henry of Navarre, the marriage she forced her daughter Margaret into years before. Sadly, she died while Henry III was still king, and never got to witness the throne pass from the House of Valois to the House of Bourbon. Henry III died from an assassination on 2 August 1589.

On 5 January 1589, Catherine de’ Medici finally died. She used her sons as puppets in attempts to run the country. She used her daughters  as chess pieces to marry foreign kings and consolidate her power. She had been behind the murder of thousands of people across the country. This Italian woman, who was queen of France, and gave birth to 10 children, ended nearly three centuries of the rule of the House of Valois. With all of her cunning, manipulation and treachery, she never ensured that one of her male offspring sired a legitimate heir. I may be incredibly harsh on her, but that is only because her daughter Margaret was such an incredible person and did so much to make herself and the country of France better. Catherine’s goal was to ensure her family line stayed in power, and she failed at this. To her defense, I have always liked a quote that King Henry IV said about her:

“I ask you, what could a woman do, left by the death of her husband with five little children on her arms, and two families of France who were thinking of grasping the crown—our own [the Bourbons] and the Guises? Was she not compelled to play strange parts to deceive first one and then the other, in order to guard, as she did, her sons, who successively reigned through the wise conduct of that shrewd woman? I am surprised that she never did worse.“ 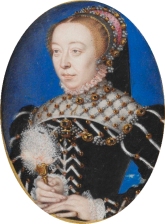 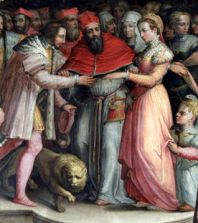 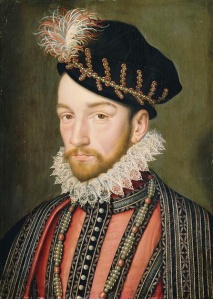 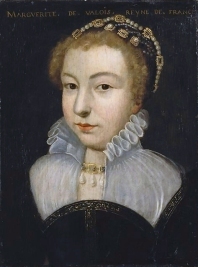 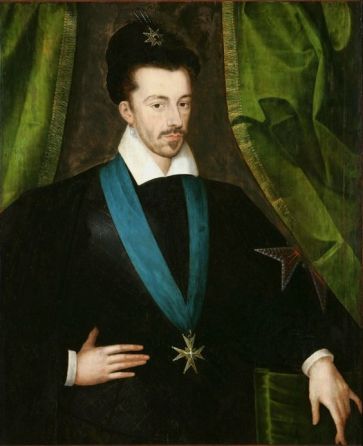 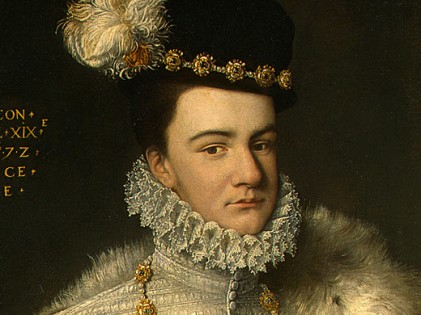