With the winter months approaching, that means that the gorgeous time of year with feet of snow piled up and temperatures dropping way below zero will soon be here. For whatever reason, I usually am singled out as the only person who enjoys it. While I am outside playing in the cold, most everybody else is staying as warm as possible indoors.

If you’re going to spend so much time indoors you might as well do something productive. This is a list of incredible movies that if you have never seen or have not seen lately,  you should add to your queue now. Enjoy 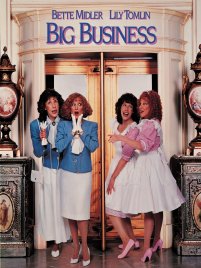 Watch this to laugh your ass off for hours on end. Bette Midler and Lily Tomlin play two sets of identical twins and hilarity ensues. A kick ass soundtrack and NYC in the 80’s make this the best go-to movie of all time.

“That’s right, The Harry Crumb!” John Candy delivers the very best, every time. Here he plays a detective with little ability for the job, but he is lucky enough to be in the right place at the right time. His disguises in this movie will re-inspire your ideas for Halloween. Watch to the very end, John Candy in drag could knock out all of RuPaul’s wannabe queens.

3. All About Eve, starring Bette Davis and Anne Baxter.

A Classic. The best way to describe this movie. An all-star cast deliver drama, comedy, and backstabbing sensation in this incredible film.

Many people think that Coming to America is a better movie similar to Trading Places, however, I think the story and the rest of the ensemble cast are much more hilarious in this. Watch how the super wealthy can destroy one man’s life while temporarily bettering another’s. Luckily, unlike real life, the evil super wealthy get what’s coming to them in this film. Jamie Lee Curtis, Denholm Elliott, Don Amache & Ralph Bellamy round out the cast to a feel good romp. 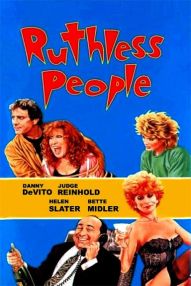 If you haven’t seen this movie 4 times, you haven’t caught all of the hilarious gems that make you giggle for no reason during the day. Danny DeVito plays a real slime ball so well. Bette Midler kicks some ass in this movie and delivers so great one liners. To this day an egg beater terrifies me and makes me laugh at the same time.

6. Noises Off, starring Everybody. 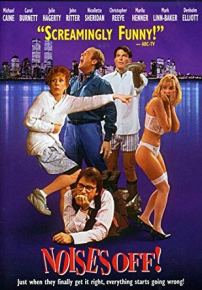 This “screamingly funny” movie stars in no particular order: Carol Burnett, Michael Caine, Denholm Elliott, John Ritter, Marilu Henner, Christopher Reeve, Nicolette Sheridan, Julie Hagerty & Mark Linn-Baker. Based on the Broadway show, this comedy shows you the ups and down of being a professional thespian. 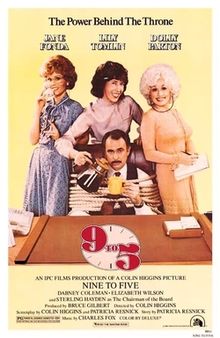 Working in a 1980’s office environment with Dabney Coleman as a sexist, egotistical, lying, hypocritical, bigot of a boss leave three office workers no choice but to use drugs and get revenge. This movie taught me that it’s ok to smoke pot, poison your boss and if that fails, shoot him, if that fails tie him up and take him hostage. This movie should be taught in elementary school, lucky for me, my parents brought me up right!

9. Spies Like Us, starring Chevy Chase and Dan Aykroyd.

A man inherits 30 Million dollars but must spend it in 30 days to receive a full inheritance of 300 million. It sounds like the best problem in the world, but Monty Brewster finds it difficult when his friends don’t know why he has to waste so much money so fast. This is a real feel good movie and always fun to watch when the lottery jackpots get high and you want to imagine all the ways to spend a lot of money. 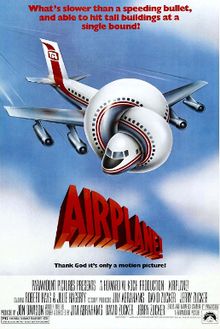 “Looks like I picked the wrong week to quit amphetamines.” “Oh stewardess, I speak Jive.” The one liners from this movie will last a lifetime. Re-watch it today and relive those memories to keep you laughing for hours on end. “Have you ever been in a Turkish prison?”

These movies are some of the gems that I grew up with. My family and I can quote these movies for hours on end and laugh our asses off. So when it starts to get cold, and you start to feel that Seasonal Affective Disorder, watch one or all of these movies to put you right again.