On a cool October evening back in 1999, my family was watching television and chatting, unwinding for the night. My father said he wanted to go outside for some air, and me, enjoying the cooler weather, was happy to join him outside. We turned on the front porch light and as we stepped outside we noticed something moving about 10 feet away from us.

It was a large grey lump, a little larger than a Big Brown Bag from Bloomingdales and it was digging. My dad knew that we had an armadillo problem, because we had random holes all over the front yard.

In Texas Armadillos are often seen dead on the side of roads. Because they usually die with their arms and legs in the air, people will put empty beer bottles in their grasp to make it look like they are drinking. Within a week of me getting my drivers license, I had to swerve twice to avoid hitting two separate armadillos. It’s really a wonder that they haven’t gone extinct yet, because they don’t seem to be smart enough to not get hit by cars. Even though they have no natural predators, the Texas driver should have eliminated them by now. I digress.

We stepped off the porch, the armadillo didn’t even seem to register that we were there. My father bent down and grabbed a handful of gravel from our garden and tossed half of it at the Armadillo, hoping it would stop digging and run away. It didn’t. Once the gravel hit him, the armadillo jumped in the air, straight up about 3 feet, made a horrible growling noise and turned in our direction, and started charging at us.

I was terrified, as this was the first time I’ve ever been this close to an armadillo, and I’ve never heard the creepy noise they make or seen one jump that high. “Could this rodent be rabid?” I thought to myself, as I stepped back.  My father, used the rest of the gravel in his hand and tossed it at him again. Luckily the armadillo then turned in an other direction and took off.

Neither one of us expected anything like that. An Armadillo to jump up that high, make the growling/mumbling noise and then charge at us. My dad nervously chuckled and I, still with terror in my eyes, said “lets go back inside.” Once inside we regaled our harrowing escape from the armadillo of doom to the rest of the family.

So if you ever come in contact with an armadillo, get ready for a fight! 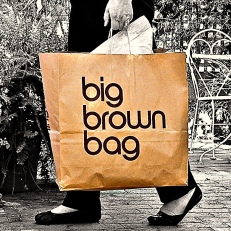 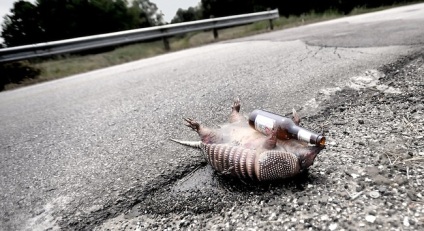