Television has been a major impact on almost everyone’s lives for the past 50+ years. I find it interesting however, that although so many prefer to villainize television, it has shaped many people in to who they are.

Walk down this path with me. Now my mother’s favorite television show was I Love Lucy, and my Father’s was (maybe still is) The Andy Griffith Show. As these shows were my parent’s favorites, as a kid, that automatically put them in to my top 5. Neither of my parents are the type of people who spend all day watching TV, so please don’t automatically think the worst. My dad still gets bored after 2 episodes at most and has to go outside and do something.

The Andy Griffith Show highlighted small town life and situations. Growing up in a small town, I could assimilate people I knew to those in the show. It taught values about family and friend, what was wrong and right, and some funny, not so realistic situations at times.  For the most part, there was a lot of sexism in the show, which is to be expected in the 1960’s, not excusable, but expected. However, the show did feature strong female characters, such as one of Andy’s dates who was a much better shooter, or Ellie Walker who was the female druggist, and usually didn’t put up with too much crap from Andy. When Ron Howard was on the show, he was the cutest little kid in the world, and he was always doing the right thing by his own choice, not because he was told to. Andy himself ended up eating quite a bit of humble pie, as he would always assume the worst in poor little Opie.

I Love Lucy was groundbreaking, not just for me, but for the entire nation at the time. A woman who wouldn’t just be contempt cleaning and cooking for her husband. Lucy would never accept no as an answer, she would find a way around it. I think this had a major impact on me as a person. Lucy had big dreams, and nothing was going to keep her held down. Although she wasn’t talented, she had drive and ambition and that is what kept her going. I have taken that attribute on myself, and have never accepted second best. I have no fear to try something new, and like Lucy, I enjoy using my creativity to think way outside of the box to get what I want. Considering I Love Lucy was on in the 1950’s, I am surprised that the show was allowed to air many of the storylines it did.

Now, with these two shows as my base I always expected quality from any TV show I was expected to watch. This is probably why I cannot watch “reality television” as I require a good cast, storyline, writing and humor.

The Mary Tyler Moore show depicted a single woman, over 30 who wasn’t going to settle for just being a housewife. She wanted a career, and she went out and got one. Throughout the entire series, although she did date, she never got married, and I think that was one powerful message to send to TV viewers in the 1970’s. The show was hilarious for the most part, and a lot of that is due to the incredible ensemble cast who kept viewers coming back each week.

The 1980’s brought shows such as Cheers, The Golden Girls, Family Matters, Designing Women and Cosby. Cheers featured Sam, a womanizing ex-baseball player running a bar in Boston with funny situations revolved around the staff and patrons. Although none of the characters were related to one another, they formed an alternative family, and I liked that. No matter if your hundreds of miles away from your loved one, your friends can offer you the same support and encouragement.

The Golden Girls has to be my favorite show of all time. Yes I know, it’s a gay cliché, but it’s true. 4 older women, sharing a house, it can make one sad thinking about it. These 4 women, although older are not “old.” These women enjoy life. They eat cheesecake at all hours to help work through problems they face. All 4 of them have active social and sex lives. Each character has a unique world view; from a farm, the deep South, Brooklyn (what Brooklyn used to be before hipsters ruined it), and the old country.  From each of these characters I learned to be proud of who I am, I enjoy my childlike optimism, my romantic side, my intellectual side and my witty remarks. This show also addressed many important issues, that had not been previously looked at in-depth. Gay and Lesbian characters, same-sex marriage, HIV/AIDS, drug abuse, sex after 50, homelessness, teenage pregnancy, domestic violence…the list goes on and on. The Golden Girls has rightly earned it’s place in history.

Designing Women tried to piggy back on this with 4 younger women. The show had a strong-willed and verbally articulate female lead who said what we all wished we had the writers and the poise to say at the right moments in life.

Shows like Cosby and Family Matters showed me what happened inside the houses of black people. Obviously I knew this was television, but both were necessary shows because there was never and still isn’t enough diversity on television.

1988 brought Roseanne. A show that was actually good for the first few seasons. In the beginning Roseanne was a lower middle class family that showed many of the struggles lower middle class families had to overcome. It also showed how humor was a great way to help ease the pain that reality often dumped on them. Unfortunately, once the show became commercially successful, Roseanne was no longer a hard worker, she was just a lazy bitch. Although the show dealt with some important topics, the audience had Roseanne’s agenda forced down their throats. So, as I said earlier, the first 4 maybe 5 seasons were good…but if you only watch the last couple of seasons, you’ll get a very different impression.

In high school Daria came on MTV, it was a cartoon, but about a sarcastic high schooler who questioned everything. I could relate. Also in high school there was Queer as Folk, this gave me an interesting look in to the gay community. Luckily to counter balance the over sexual situation, NBC aired Will & Grace. Will & Grace showed me how an unhealthy relationship between a gay man and a straight woman can ruin both of their lives.  Luckily, Jack & Karen were the hilarious draw for the show, and kept the audience in stitches.

Today there is Modern Family, Black-ish, Fresh off the Boat thanks to ABC for showing more diversity in characters, casting and slowly progressing forward. It’s 2017 and finally there is a show based on an Asian American family. We need to continue to move forward and television has the responsibility to show gay couples, mixed race families, multigenerational families, families of color, nerds, everyday people, weirdos, and eccentrics. Television plays a much bigger role than many believe,  and although it does not make an entire person, it can help shape and mold who that person will become. 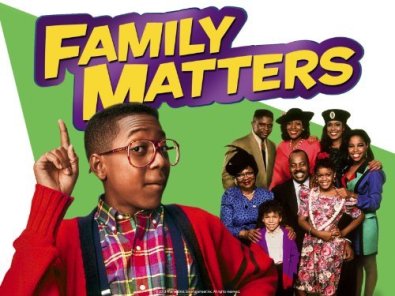 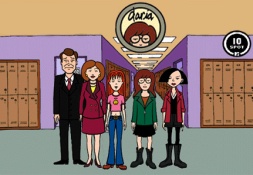 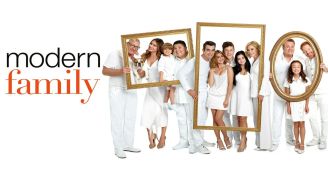