Hello all, I hope everyone is doing well. I know it has been a very disturbed and concerning political climate that just keeps getting worse, but we must all stay strong and continue fighting as much as we can.

At the beginning of September I made the decision to relocate back to Boston. Boston holds a special place in my heart, it was the first place I lived outside of Texas, so it will always be a refugee paradise to me. All of my amazing friends up here, who I haven’t seen in over a decade, made moving back a very easy choice. Boston is home to many fantastic Universities, all dying to have me as their new Law Student. The weather here, four actual seasons, people in Texas won’t understand, but its remarkable. Plus, the State of Massachusetts has some incredible programs helping families adopt, which as many of you know, is top of my list.

I made the mistake of packing all of my belongings from Texas into a Budget rental truck and driving across country by myself. I detest driving, especially big trucks, I don’t know how guys with small dicks do it all the time, but good for them. I hit the road around 6pm on Friday August 31st. I had a low blood sugar episode about two hours later as the sun was setting. I had to pull over and call my sister to talk me through it. I had an abundance of emergency sugar in the cab with me, I just needed her help to guide me to eat and drink it. Sorry Kristina, I’ll try to not let that happen again. I was really hoping to make it to Arkansas before I stopped for the night. Luckily, the sugar boost got me all the way to Arkadelphia. (The names just get worse as I go on.) I crashed the first night in the scariest motel, but being that its Arkansas, I assumed they were all this bad. It’s the south, and Deliverance didn’t require much creativity for their storyline. After I checked the shower, closet and under the bed, triple checked the deadbolt was set, I slept with the lights on. Waking up at 6am, I grabbed an apple from reception and hit the road.

The weather was pretty good and traffic was not as high as I had anticipated being Labor Day weekend. I was determined to cross the Mason Dixon line before night fall. I stopped in Kentucky to get gas and decided to buy a lottery ticket. The lottery ticket was purple, I figure my luck it would win a couple hundred dollars and then I would have to return to Kentucky. I know the colonel is gone, and I do love his chicken, but not enough to go back to Kentucky. I was actually looking forward to going to Ohio. My Great-Great-Great-Great Grandfather is buried in Granville, Ohio, not far from Columbus. This Grandfather fought in the American Revolutionary War, was a freemason, a lawyer and a state Senator. He also was the one to shorten our last name to Gavit, and was a founding father of Granville Ohio. Until I can find the French Royalty connection in my family, this guy gets the “coolest in the family” award. So I was hoping to be able to stop and look at his gravestone, it’s actually in great condition and I’ve seen photos of it online. Sadly the rain came in the same time I got to Columbus, and it seemed like a perfect deterrent from going. It’s been there since 1854, I doubt it’s going anywhere, anytime soon. The next leg of the journey was supposed to get me to Boston, unfortunately in New York the rain hit much harder and I had to pull over for an extended lunch break. The slicker roads made me drive more cautiously than ever, so Boston was probably not gonna happen. The route I was taking was avoiding toll roads, as I never carry cash or change on me. This route, however, took me from New York in to Vermont and then down in to Massachusetts. I felt like I was driving a Dr. Seuss course.

It was pitch black around 9pm and I could drive another foot. I hadn’t had any food since lunch and I was hungry as a horse. I pulled over in Gardner MA, got a hotel room and went to Wendy’s next door to grab a quick bite. As I was about to maneuver the drive through, I realized my truck’s height was larger than the awning at the kiosk. I had to reverse back and park in the sloping parking lot, hoping I didn’t take out the awning and park the truck at an angle where I would find it on it’s back when I came out. Luckily enough, the truck was still upright and I took my salad and nuggets back to the hotel, ate and passed out. Knowing that I was in Massachusetts and in reality only about an hour drive to Boston. I intended to sleep in the next morning.

I woke up at 8:30am went downstairs in my pajamas and helped myself to the make my own waffle bar. I loaded the waffles with strawberries and butter and syrup…omg. I went back up to my room hands full with plates of food and crawled into bed. Using the free wifi and eating at the same time I searched for something specific online…a place to live in Boston. I had spent the last three weeks searching for an apartment,  but everyone I found either turned out to be fake or was already rented.

I spent the next week in Airbnb, at a few friend’s places and moving all of my belongings from the back of the truck in to a storage unit. Kristina knew how crazy I was going looking for a place, so she suggested I fly to Denver and spend a week there relaxing a bit while still searching. So I snuck away to Denver and had a fabulous time, while still searching in vain for a place. The best one I found wasn’t available until a November 1st move in. Lucky for me, my first week at my new job and someone knew of a great place, at a great price and move in ready. So, I moved in to my new place Saturday September 22nd, I hired movers so I didn’t have to stress out.  Now I am living happily in my new place, a great home for myself and my boyfriend Jun…until we find a house to buy.

Being back in Boston is really so comforting and exciting for me. It’s great to get reacquainted with such a historical and beautiful city. 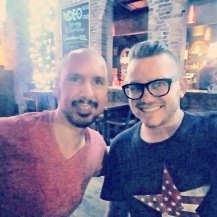 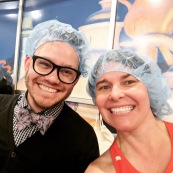 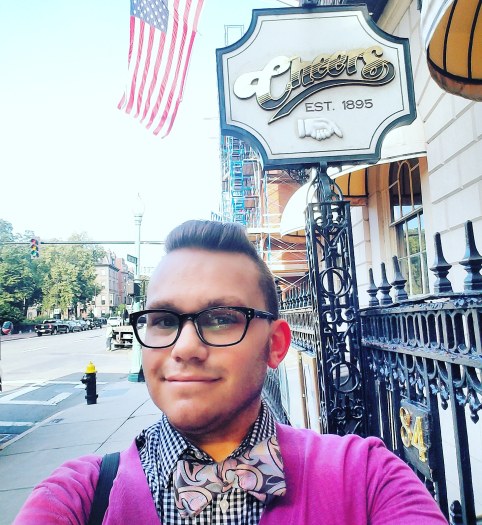