Having lived in major cities all over the world, along with traveling to many others, I have become quite comfortable with riding subways, metros, undergrounds and more. For the purpose of this post I will refer to all subway systems across the globe simply as a subway, for lack of confusion. Riding the subway can be a bit of a challenge for some and an even be daunting to terrifying to others. Although I have gotten lost multiple times, gone out the wrong exits of the stations, ridden the wrong trains and even taken the subway the opposite direction in which I wanted to go, eventually I have come to master(for the most part) the art of riding the subway. Unfortunately, for those who have mastered the skills of maneuvering the subway system, etiquette for riders is an entirely different skill.

Being a southern boy, being polite and courteous is in my blood. After riding the subways in other locations I have found that being either polite or courteous are not common in the rest of the country. In Texas the ground is not suitable for subway systems, so there are none. My first experience with riding a subway happened when I traveled to Europe in my high school years. Here I rode the subways in the Netherlands, Germany, Italy, France and England. Here, for the most part, I’m sure that I am romanticizing most of it, but they were efficient, clean and an ideal way to get from point A to point B. In reality, I do remember the Paris Metro back then was dirty and disturbing, but it has since undergone a major change and is now a dream to ride. Riding a subway in a city I lived in happened when I first moved to Boston. The subway system was old, as it still is today, but it was clean for the most part. After Boston I moved to San Francisco, there the subway was not efficient, too expensive and a real-time waster. No wonder I would usually walk to work in the Castro from my apartment in Nob Hill, it was faster. After San Francisco I moved to New York City, wow! I got spoiled here and how. The subway system ran 24 hours a day. I had never experienced this before. It helped as bars serve until 4AM, meaning that I could stay out with friends or a date until they closed and still make it home safely. Along with these cities I have also traveled on the subway systems in Washington D.C., Los Angeles, Philadelphia and Chicago. For all of the cities in the United States I have seen some real humanly atrocities. I have seen elderly people and pregnant women standing in crowded trains while teenagers sat in seats that are designated for those specific people. I have seen and heard people who watch movies, tv shows and listen to their music on their phones without wearing headphones and making the entire car suffer through their entertainment choice. Men who sit down and spread their legs to block the two surrounding seats, women with bicycles who will block an entire row of four seats, shoppers who will put their multiple bags in the one open seat next to theirs…it’s disgusting.

While in NYC, I got on a 6 train one day during rush hour, two teenage boys decided to sit on opposite lengths of a bench and lay their legs across the seat so that nobody could sit down on a bench meant for 6 to 8 people. This was at rush our on a Wednesday evening, many people were standing, so I walked over and told them to move their legs before I sat down on them. Although they were pissed, the little bastards did move. and the nearest 6 people got to sit down.

Another time in NYC, early in the morning commute, I was headed to work and a woman, no older than 30, sat down next to me, and halfway during the ride she decided to pull out her compact and apply makeup. Her powdered makeup started to fall from the brush and land on my black trousers. As I was on the way to work I looked at her and told her to stop it as she was getting my trousers covered in powder. She got offended that spoke to her. I then told her that she can either stop applying makeup and pay me $30 for the dry-cleaning bill, or I might accidentally spill my Thai iced tea all over her. Her face got red either from anger and/or embarrassment, I took the straw out of my tea and she put the compact back in her purse and pulled out her wallet without saying a word. She handed me the cash and got up and left the seat mumbling angry words that I couldn’t hear.

The religious nut jobs are bad but I can’t say if they are the worst or not before I know if they are actually mentally unstable or if they are just fools who believe the nonsense they preach. They always tend to get on at busy hours and shout at levels that make you grind your teeth until they are worn down completely. These assholes wont listen to any sense or logic so unless you can trip the fool, or push them out of the car before the doors close, you tend to be stuck with them for the ride between stations.

I have to say that this sort of unfriendly behavior found in American subway systems is not common in major cities around the world. The Paris Metro for example, I have never experienced this sort of childish, selfish and inconsiderate behaviors ever. The subways in Paris run on time, almost never delayed and that tends to be why they do not get overly full, as they commonly do in the states. I have seen youth actually give up their seats to elderly people without hesitation at all. People who sit in the foldable seats near the doors get up as soon as people get on and it looks to be standing room only. Never have I heard another persons phone call, video or music while riding a subway in Paris. I have been on when a homeless person walked through asking for money, but sadly, the way the world is going, that disturbance wont be stopping anytime soon anywhere around the world.

I just wish that people would be more considerate and less selfish while riding the subways in the states. Everyone on the car is heading someplace. Some to work, some to an event, some just trying to get home. If you see an elderly person, a pregnant woman or someone who looks that they need a seat, please be a good person and offer your seat to them. If you can speak up to someone who is taking up more than one seat, or making more noise than they should, please do so. It doesn’t require that much effort to be a good person, here’s hoping that people will start being better as a whole. 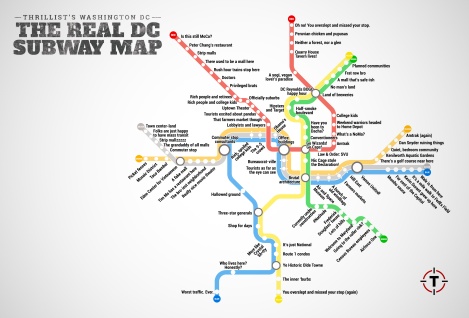