Ok, so this post is two years early, but after discussing it with my sister in more detail, the entire world should start boycotting the 2022 FIFA World Cup.

Let me begin by stating that anyone who knows anything about FIFA knows that the entire organization is corrupt. Bribery, ticket scandals and vote rigging are just the tip of the gargantuan corruption iceberg. The host country for the 2022 FIFA World Cup was announced to be the country of Qatar. Qatar is the smallest country to ever host the World Cup, it is also the hottest location to host the World Cup, which is why the “geniuses” at FIFA allowed the dates to be changed from summer months to November and December. The country does not have the stadiums available to host this event so 5 of the 8 stadiums in the country that will host the games have not even been built yet. Qatar stated they wanted to create zero waste stadiums, but to create these they are using migrant and slave labor where some have already died in the process of building these stadiums (some reports as high as 1 death per day). Read here.

I would like to point of that Qatar is ruled by Sharia Law, that is a religious law which means that Women are less than men, anyone who identifies as LGBTQ should be murdered and anyone who does not identify as Islamic is an enemy. Do I need to reiterate how STUPID ALL RELIGION IS and that is should all be banned?  Sepp Blatter the former president of FIFA told gay fans that they should avoid having sex while attending the 2022 FIFA World Cup. (Read Here, Here, and Here.) So, gay fans, they are willing to take your money but they don’t respect you in any way. In Qatar, being homosexual is punishable by death, so if you do decide to go, make sure to have all of your affairs settled.

So just to highlight a few of the major reasons why ant decent human being on the planet should Boycott the 2022 FIFA World Cup:
1. Women’s Rights
2. LGBT Rights
3. All Human Rights (Including but not limited to migrant deaths and slavery)
4. Weather and Climate
5. Terrorism Support
6. Corruption 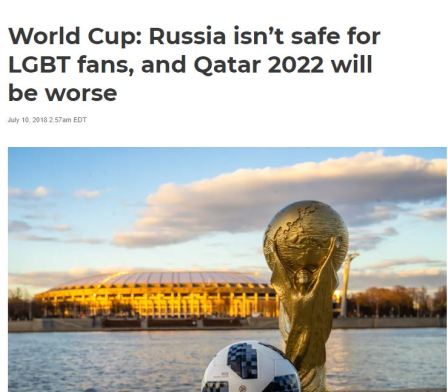 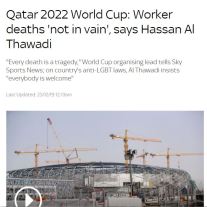 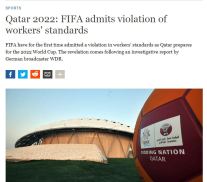 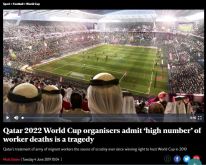 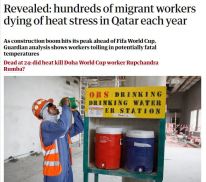 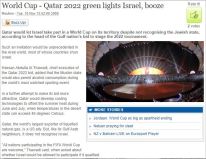 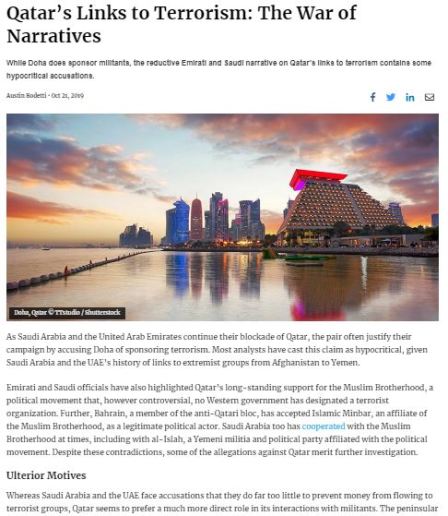 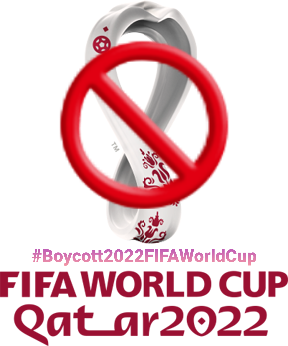