Twelve hours since the 2020 Presidential Iowa Caucus began and the Democratic party has released 0% of reporting numbers. If you’re an American you should be used to this, as democracy in the United States is a total joke and doesn’t work. Apparently the three sets of data they had accumulated did not synchronize. So the Iowa Democratic party has to count the votes by hand. That’s right, Iowa is officially as incompetent as Florida, perhaps more so. This means the Bernie Sanders cult is going to bitch and moan for the next 6 months, probably longer, on how their candidate got screwed. This also gives jackass trump reason to gloat because the DNC obviously can’t do their job. The easiest solution is to divide the united states up into smaller countries. People who live in Texas have very little in common with people in Vermont. Farmers and city dweller probably couldn’t hold a conversation, so why should one represent the other? Unless I get elected emperor, then splitting up the country is the only intelligent course of action.

You have three days. 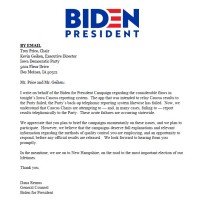 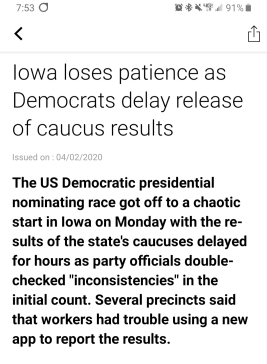 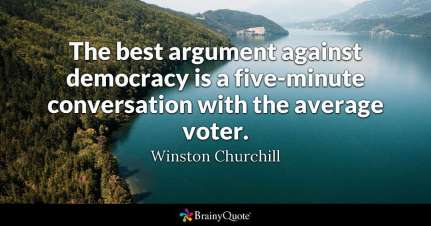