The Cimetière du Père-Lachaise was established in 1804 and is the largest cemetery(and park) within Paris. With over 3.5 million visitors per year, it is also the most visited cemetery in the world.

I understand how some people can be confused with the thought of visiting a cemetery on vacation. I get it. When you look at the (incredibly long) list of the people who are resting here though, you can’t help but be star-struck. Some of the worlds most beautiful, creative, tortured and artistic souls were laid here to rest. Coming to Cimetière du Père-Lachaise is a pilgrimage. You come to pay your respects to those who have influenced millions, all for the better.

Among the famous people buried here are Peter Abelard and Héloïse, Molière,  Eugène Delacroix, Jacques-Louis David,  Georges Bizet, Frédéric Chopin, Honoré de Balzac, Marcel Proust, Georges Seurat, Oscar Wilde (it is customary to kiss his tomb, but clear walls were put up surrounding it because it was wasting away from all the lipstick and oils. So now, we kiss the clear wall),  Sarah Bernhardt, Isadora Duncan,  Gertrude Stein, Colette, Edith Piaf,  Marcel Marceau, Richard Wright, Yves Montand, and Jim Morrison. The remains of Abelard and Héloïse (who died in 1142 and 1164, respectively) are reportedly the oldest identifiable bones in the cemetery.

My advice is to go on a cool and cloudy day. It is quite an exercise with all of the walking and hills, but worth it. 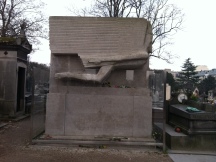 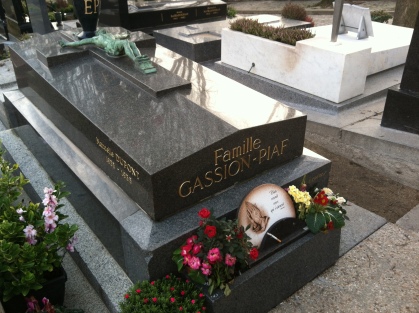 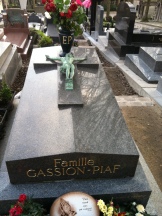 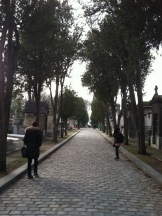 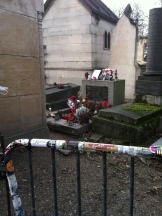 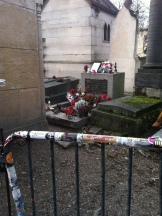 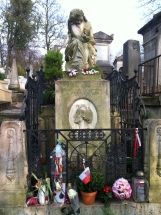 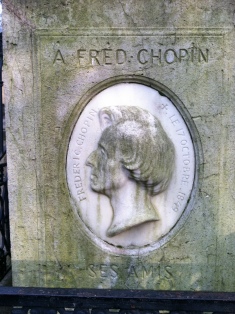 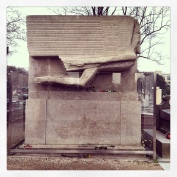