In an old town in France called Ruffec there is a Catholic church that was classified as a historical monument in 1903. The church consists of a Romanesque Basilica from the twelfth century. The church was ravaged by a fire in 1415, and many reconstruction attempts were made in the fifteenth,  sixteenth and seventeenth centuries.

The church is of impressive dimensions, offering both a rectangular and asymmetrical plan. Except for the side chapels and the sacristy, on the south side, the church consists of a nave and aisles, vaulted by crossbeams and separated by two rows of seven pillars. The western facade, very structured, is like a gable. Its composition and its decorative part recall the facades of the cathedral of Angoulême and Notre-Dame-la-Grande of Poitiers; they make it one of the most beautiful expressions of Romanesque art in Poitou-Charentes.

The beautiful carved decorative facade, featuring some inset statuary is the most interesting part of the church. The inset statues are the 12 apostles and you will notice that most have been decapitated. This occurred to many religious statues and carvings in France during the revolution. (Take that religious figures!)

The highlight for me, however are the beautiful stained glass windows which are a contemporary addition by Vivian Oël, a student of Salvador Dali.

If you are looking for a fun day trip, I suggest taking a train to Ruffec and see this old church for yourself. 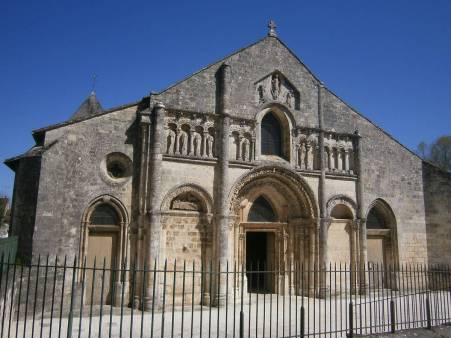 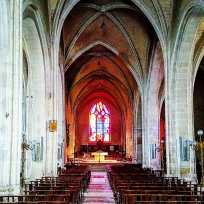 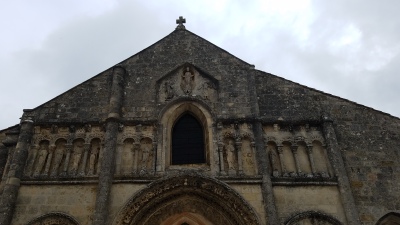 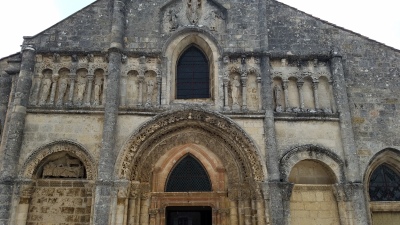 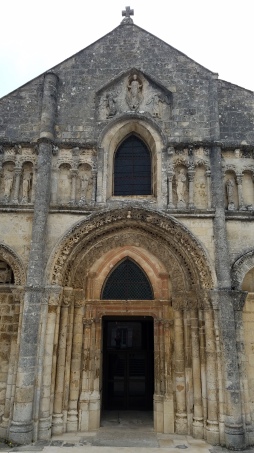 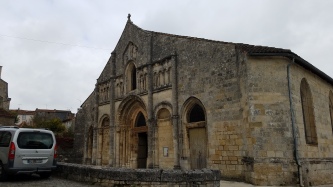 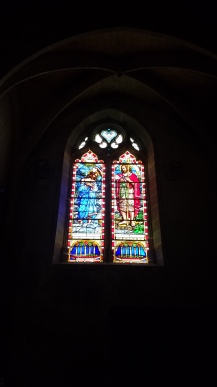 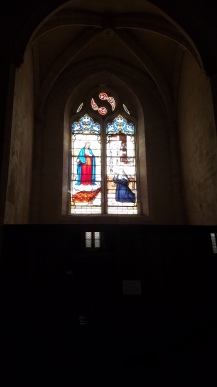