Time Management. It’s really not that difficult. I don’t understand people who can not show up to places on time, or are unable to do a simple project in a certain amount of time. Being a Type 1 Diabetic, I have to account for almost every minute of every day. I have to schedule my meals, my snacks, my breaks, my insulin, etc etc. I think having diabetes turned me in to the Type A dreamboat before you.

I recently went to a week-long, large national conference in Washington D.C. with over 4,00 people in attendance. Every session that I attended, there was always one or more attendees who would show up late. I understand if you are late because of circumstances beyond your control, however, this conference was at a hotel in a town where everything was walking distance. Driving/transportation were not an issue, and there were no fire drills or other natural disasters. These people showed up late because of extended lunch breaks, coffee runs, not paying attention to the world around them basically. I find it incredibly rude to the host and other attendees when someone shows up late, as it is always an interruption. One late arrival at a session did not turn his phone off so we heard each text message he received. Worse than that, he would then take his phone out and respond to the texts first before he finally decided to turn off the notification sound. The session was very informative, full of great ideas and an overall success. When we only had “limited time for questions” this guy who arrived late had to ask one, then a follow up to that one, and then a follow up to that one, and then one that was completely off topic. Three of his questions were answered in the first 15 minutes of the session, of which he missed by being late. The 4th question was specifically about his own program and not flexible enough to be used for others. So this guy is not just bad at time management, he is just a selfish prick. The rest of the room was ready to tackle this guy as he felt the need to share his unsolicited input for other people’s questions.

One colleague I had in New York City was habitually late. Bless his soul. Our day started at 9AM. If he arrived before 9:15AM the entire team’s mouths dropped open. When he walked in he always had Starbucks in his hand. Our office was set between two Starbucks locations, and the staff at both were incredibly friendly, and even remembered customers names and usual orders. I could walk in the door and they would say “Good morning Kevin, want the same?” Impeccable service. Anyway, this colleague always blamed being late on the line at Starbucks. He would always order on the app from the train, so he never had to actually wait in line at Starbucks. Sometimes they are behind with making the app orders, but not often. When we sat down to discuss his tardiness, he would start with the Starbucks line, but then would transition to train delays. He and I lived on the same train line, and although I am annoyingly early to everything, our commuting situations shouldn’t be that different. To add insult to injury, he would try to leave as early as possible. If someone came in late regularly, but stayed the additional time over and continued doing their work, I would have no problem. Sometimes an alternative schedule works best for people, I get it. Finally a finger scanner time clock was installed and I thought that might encourage him to make a more concentrated effort to arrive to work on time. Wrong. Some people will never change.

Deadlines. The word alone seems to terrify people. Others seem to have a mental block of the word all together. A deadline is when something is due, that’s all it is. Typically one is given enough time to finish a project and turn it in by this time. However, so many people “don’t have enough time to finish” or “didn’t realize it was due” by a certain time. I had a manager email our team once that we all did not submit forms that he told us to submit. I went back to review his original email because I don’t usually gloss over things like this. His e-mail only said “It might be a good idea if we discussed compiling the forms on the shared drive.” There was no discussion meeting planned, and no deadline. So, if you have a manager like this, You are not at fault. However, other, real deadlines that do exist usually give plenty of time to complete. I don’t like hearing excuses when it comes to why something isn’t finished, be it from my subordinates, colleagues or managers. I am the type of worker that will finish a job as quickly and efficiently as possible. If I get it done early, I am able to have others review, correct any mistakes and resubmit it still on time. When I see someone who has a project due at a certain time, but they spend more of their time taking personal calls, chatting with other colleagues in different departments or playing games on their phones, the project should be complete. I don’t want to hear that there wasn’t enough time. I generally like the people I work with, but I will call you out on bullshit like that.

Organization helps out with time management in a big way. I’m not suggesting creating a schedule like the episode of I Love Lucy where Ricky puts Lucy on a strict schedule. 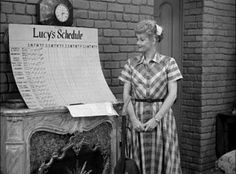 There are very easy tricks though to keep your life organized. If your office has Outlook, use the calendar feature and sync it to your phone. You will always know when a meeting, event or any other function is happening. Along with that, use the calendar on your phone to keep your personal life scheduled for dates, drinks, dinners and more. Use time savers like checking your social media while you’re working out instead of in a meeting where you’ll aggravate your boss. Grab a book and read on your commute (unless you drive) to expand your mind.

At my work, we have trainings on a regular basis that have limited capacity and a lot of people need to attend. When someone shows up late to the highly intensive trainings, missing the first 5 minutes will mean not knowing understanding anything throughout the day. Still, people who signed up always show up late. Some blame traffic, others blame their families, others don’t bother to make an excuse, but when they arrive they then leave the room to find a coffee place nearby or pull out their make-up and start applying. We discussed at a recent staff meeting different ways to prevent this from happening. I and a colleague said that we close the doors at start time and no person is admitted after, no matter what. Others suggested that we say the start time is before the actual start time to trick them to arriving on time. I don’t care for this because it punishes those who are capable and mature enough to manage their time. It can be very frustrating.

Above all else, please realize that when you show up late, to anything, you are being disrespectful to the person or people who arrived on time. So please, get your shit together. Now, it’s time for bed 🙂 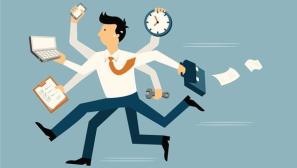 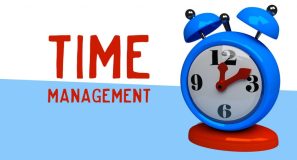 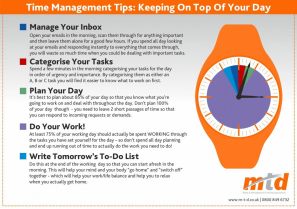 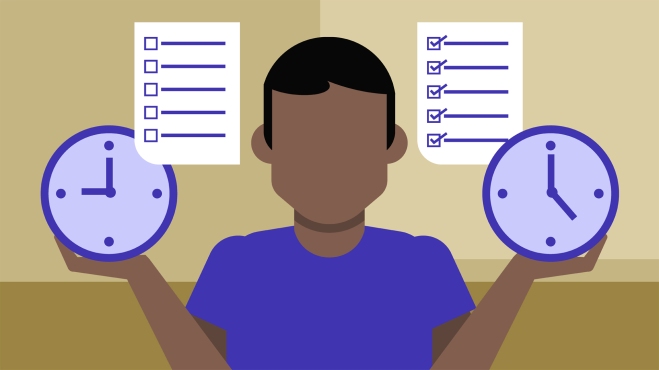