In the early morning hours of 28 June 1969, something of note took place. The United States of America had many noteworthy historical events take place during the 1960’s. John F. Kennedy was sworn in as President in 1961. Martin Luther King jr. delivered his “I have a dream” speech in 1963. JFK was assassinated in Dallas later in 1963. In the mid 1960’s color television would sweep the nation. July 20, 1969 the talented people at NASA landed a crew on the moon. (Or staged an elaborate hoax, either way the production values were not bad).

However, the cause of the Stonewall Riots began much earlier than the 1960’s. Homosexuality has been around as long as human beings have been. Every culture across the globe has homosexual relationships documented in their history, from Africa to Asia, Europe to the South Pacific, the Middle East to the Americas. If you’re asking why has it been shunned for the last few hundred years, the answer is Religious idiots. Those opportunistic greedy individuals who say if you’re different you’re wrong. But let me jump back to the USA following the end of World War II. The citizens of the US wanted life to return to a comfortable normal, after the war, as one does. Enter the opportunistic bastard Joseph McCarthy. A sick, deranged, asshole who did nothing for America but turn everyone against everyone else. He alone proves that the population of Wisconsin should quarantined and sterilized. I digress. His jingoistic scare tactics identified homosexuals as not normal (Hitler felt the same way) add to that in 1952 the American Psychiatric Association listed Homosexuality as a Mental Disorder. They would much later remove this for incorrect research and data, but the damage and stigma had already been done. So, homosexuals across the country were shoved back in to closets or arrested, assaulted or even killed. The FBI kept detailed list of all known and assumed homosexuals and their friends. The United States Post Office also kept a list of anyone who recieved homosexual type mail. Religious assholes saw this as a great way to make more money off their brainless pawns and established treatments to cure the gay away. In the last few years of the 1960’s America was at a breaking point, between the civil rights movement, the counterculture and add to that the anti-Vietnam war movement, the fuse was ready to be lit.

A little after 1am on Saturday morning 28 June 1969 a team of 7 officers walked into the Stonewall Inn, a gay bar run by mobsters, that catered to all of the LGBT community. A lot of homeless gay youth would go there along with drag queens, lesbians and gays. When the police entered and started it was a raid, some tried to escape, but the police had blocked the exits. They started lining up all of the patrons, asking for ID and inappropriately manhandling everyone. Some lesbians reported being violated by the police that night. Some of the patrons were allowed to leave, but as they left a large crowd began to gather on Christopher Street. The police had trouble communicating that night and only one wagon arrived when they would need more. The crowd outside heard the shouts and screaming from inside and some who were handcuffed and dragged out front incited more anger. Finally the police turned on the crowd outside that was now anywhere from 100 to 500 people large and started pushing them back and knocking some over. The fuse was lit, the crowd uproared and began throwing anything they could, trash, trashcans, stones, bricks anything they could find. A parking meter was uprooted and used as a battering ram to get the doors of the Stonewall Inn open again. A trashcan ablaze was thrown in the window and the violence ensued. For 45 minutes the riot went on, the New York City Police were humiliated and some were still trapped inside Stonewall. Eventually the Tactical Patrol Force or TFP arrived and formed a wall to usher the crowd away and get the officers out of the bar. When the crowd formed a kick line and started fighting back, the TFP began beating anyone any everyone they could with their batons. They chased some down the streets, but some of the mob members overturned a car on Christopher Street blocking access. Then the police officers were chased by gays and drag queens running down the street. It is reported that by 4am, the streets were finally free of police and those who were standing felt that this night had made a difference.

No longer was the Gay community of NYC going to be forced in a closet, arrested or assaulted without a fight. We Are Stronger Together. That night helped fuel the change that this country and the world needs. Gay Pride Parades happen every year in almost every major city. Usually they are filled with hundreds to thousands of people decked out in rainbow colors, 6 pack abs and tons of beads and other crap that are an attempt to gain interest in their group. I have participated in over 20 Gay Pride Parades, in 7 cities over the years. Most of my professional career has been dominated by the HIV Prevention, Testing & Education field, so usually I was with a strong core of volunteers. Each Gay Pride brings many memories, some are incredibly special, others are best to be forgotten.

One of my first parade when I was in high school walking in Austin Texas with the Gay Youth Group, some jackass in a jeep didn’t want to be stuck in traffic any longer. He then drove around the barricade and proceeded to drive down Congress Ave over the bridge and he actually hit one of the college volunteers walking with my group. The driver then continued to speed down the rest of the street being pulled over by cops not three blocks later. He was arrested. The volunteer was luckily alive but with a broken leg. That was a terrifying moment, but when everyone in our group and others around went flocking to the volunteer to see he was ok, there was a lesbian group walking in front of us who saw this and chased after the asshole in the jeep. These amazing women also provided witness statements to the police so that this asshole would be charged with a hate crime. Seeing how quickly the community rallied for someone they did not know was very touching.

We, members of the LGBT community must remember the history, the need and the reason why we march. That night was not intended to be a revolution, but those who were there fought for us all. Let’s remember their dedication and resilience this year. It has been 50 years since the Stonewall Riots. We Are Stronger Together!🏳️‍🌈 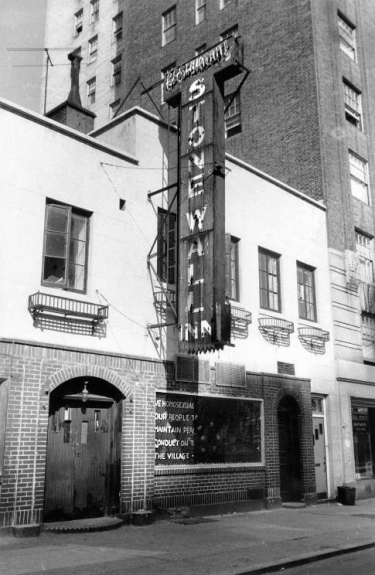 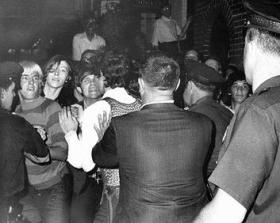 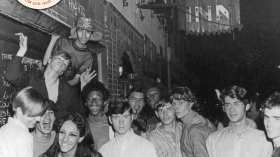 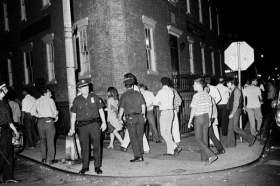 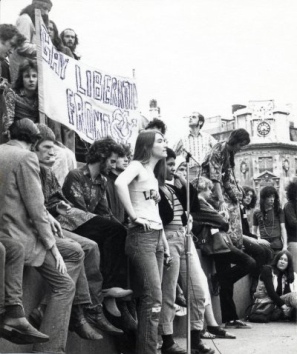 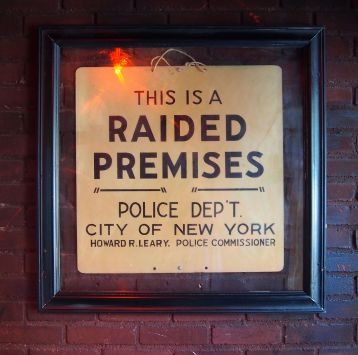 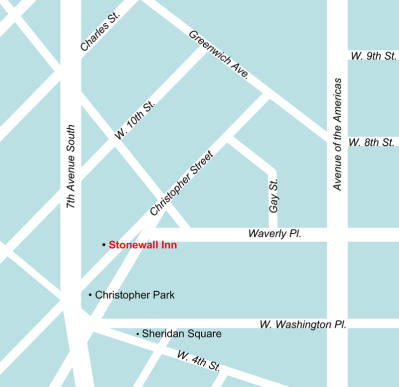 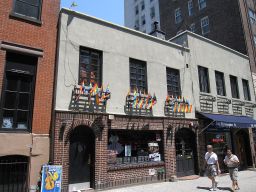 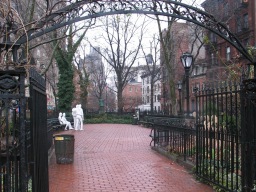 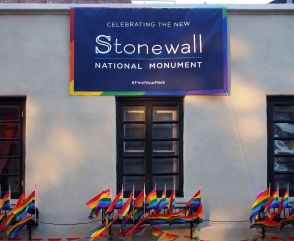