In Paris, London and New York City there stand three objects that older than the cities themselves. Each of these three cities hold many ancient items in museums, monuments and architecture, but they all share a common Bronze Age artifact.

Cleopatra’s Needle, or L’aiguille de Cléopâtre is the nickname given to these ancient Egyptian obelisks. To be accurate however, these three obelisks were created more than a thousand years before Cleopatra’s life. The two obelisks in London and New York City are a pair from the same site in Luxor. The Paris obelisk has a sister of it’s own that is still standing at a different site in Luxor.

I first discovered one of these beauties while on a morning run in NYC through Central Park. I was coming around a hill with plenty of trees to my right and I noticed a peculiar object jetting out above the trees. I had to trek my way through the many walking paths to find the obelisk, and luckily did. I was filled with awe as I walked closer to it, but hesitant to believe it was an actual artifact from Egypt. I assumed it was a temporary art installation, but reading the plaque I learned it was a gift from Egypt. I had never been to Egypt, so I was humbled and awe-struck looking at this magnificent piece.

The Luxor Obelisk in Paris, I have seen many times. Although I have been to London, I had never seen the obelisk there. Recently, while in London, I was sad about the work being done on Big Ben where you can only see the clock face. I took this time to find the London Obelisk and was incredibly impressed. Unfortunately there is some slight damage to the base from World Ward I bombings, but the Obelisk is still standing.

I find it a terrible shame that weather has drastically altered these monuments in all three cities. The one in Paris is the best kept as the climate is not as harsh as New York city or London. The weathered sides are almost illegible on those two. These ancient gifts that were given to these three fortunate countries should be better cared for and respected.

I have not been lucky enough to see the 4th obelisk still standing in Luxor, but I hope one day in the near future I will be so fortunate to finish my collection. 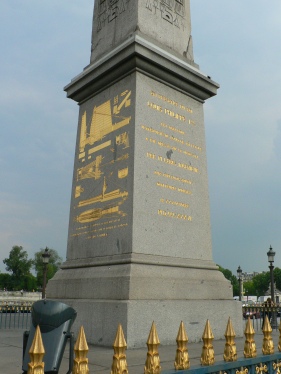 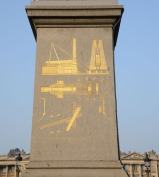 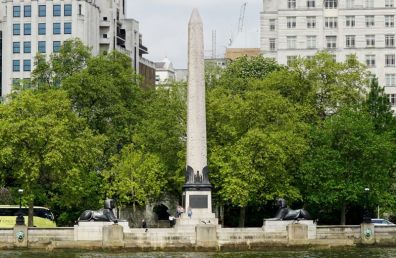 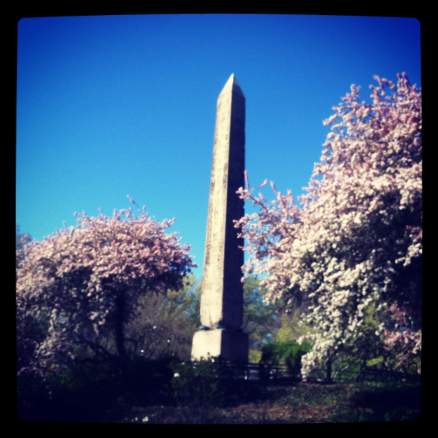 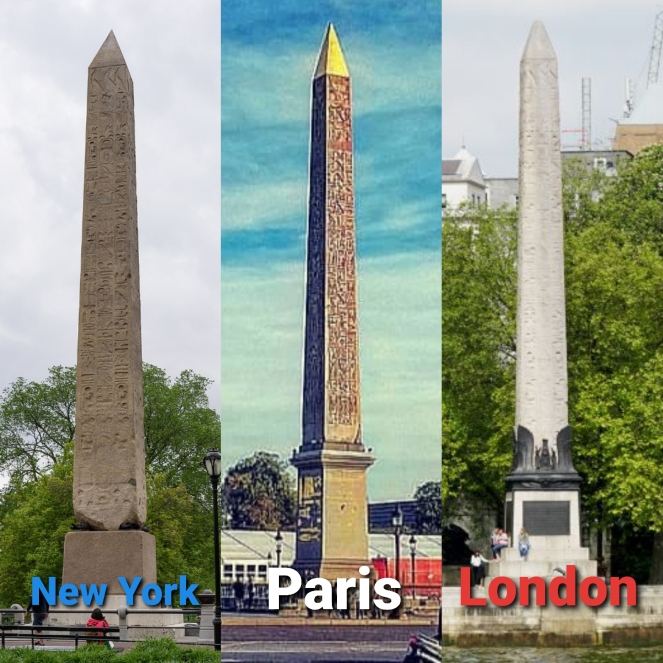 One thought on “Cleopatra’s Needles”