For those who have a limited understanding of wine, you might be under the impression that the older a wine is, the better it is. This is not so with Beaujolais Nouveau. The wine is made up of hand-picked Gamay grapes, placed in a sealed container with carbon dioxide, this leads to the wine having less tannin and results in the wine having a more fruity flavor. Usually served slightly chilled, the fruit juice from the grape adds to the unique flavors. The wine is relatively simple, but a perfect table wine for any lunch or dinner.

Here is a brief history of the wine and its journey to world acclaim:

The wine had been made as an end of harvest season local wine since the early 19th century, until World War II when it started to be sold outside of the Beaujolais region.

A clever marketing ploy led to the wine became popular outside France during the 1960s and 1970s. Since the worldwide demand has grown, it is now rumoured that along with regular transport modes, bottles of Beaujolais Nouveau have traveled by Concorde, elephants, hot air balloons and river raft.

Although Japan does import a total of 25 per cent of all wine. The United States is still the largest export market for Beaujolais wines.

This wine has gained such popularity that there are over one hundred Beaujolais Nouveau-related festivals held in the Beaujolais region alone. The most famous festival held annually, Les Sarmentelles, is held in Beaujeu, the capital of the region. One of the exciting events at this festival is the wine tasting contest where the winner of the contest wins their weight in wine.

Beaujolais Nouveau is an easy (and scrumptious) pairing with salty meats, rich delicious cheeses, poultry and milder seafood. Really, no matter how you have this wine, you will not be disappointed.

The Beaujolais region is 34 miles long from north to south and seven to nine miles wide. The region boast about 4,000 grape growers that pick their Gamay grapes by hand in order to qualify for the “Beaujolais Nouveau.”

I hope that all of my readers have the chance to experience a Beaujolais Nouveau with a nice meal in the near future. Keeping in that mind, I would like to wish you all A Votre santé. 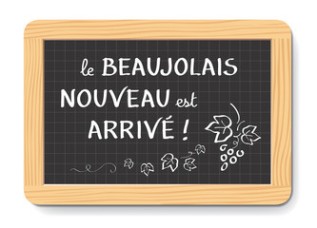 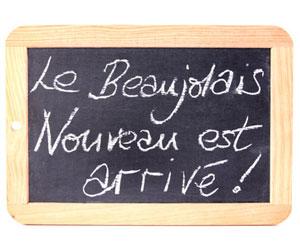 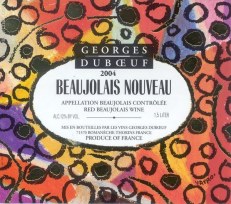