March 23rd is Atheist Day. This is a day dedicated to making Atheist equal to those religious persecutors. In some countries around the world, if you do not agree with the majority of the religious sect, you can be put to death.

I was born and raised in the United States, where I had been informed about the “freedom of religion” since a young age. The problem with that is that it does not exist. Sure there are many different branches of Christianity, Judaism and Muslim, and some of those will respect others in different camps. But Atheist are always questioned like criminals when they self identify. I have worked for City and State governments, both places had middle aged women who were very religious. The bigger problem was that Jesus posters were hanging in their cubicles and offices, or they had to interrupt a meeting to go pray. One group of Christian women participated in a yearly fast, and openly passed judgement on those who identified as christian but refused to fast with them. I was asked if I would join, and I clearly stated that I was an Atheist and saw no point in it. Most of the women did not talk to me again, two however asked me if I was worried about burning in Hell for all eternity. I don’t believe in hell, so why would I worry about it?

At a state conference I attended one year, the presenter asked each person to identify their religious believes. (Yes, this was a Texas State department conference). I had just been recently hired and I was attending with my supervisor. When it got to me I said that I am an Atheist. The presenter, a nice older southern woman, actually gasped out loud. The room only had about 30 participants, but each person started looking me up and down, and I could feel their judgmental eyes trying to pierce by dazzling blue eyes and stunning bow tie. The presenter laughed and said, “No seriously?” I told her very clearly that I am an Atheist. My beliefs were taught to me by my mother and father and the basics of those are to treat others well, help when you can and to make the world a better place. The presenter, who should have just gone to the next person, said “oh, so your basically a christian but just don’t go to church.” I was worried something like this would happen, so I reminded myself to remain calm. I told her that no, I would never identify as a Christian, as many who do are hypocrites and do not follow their own “beliefs.” I also pointed out to her that I donate money to charities I see as good causes, volunteer my time working with at risk youth and am happy to help a friend in need. I pointed out that if more people would spend less time in churches, synagogues and mosques and more time actually helping others, the world would be a better place. Gobsmacked, she finally said, “ok then” and moved on to the next person. My supervisor was not impressed and treated me poorly for the remainder of my employment there. After the course had finished, the presenter approached me, she asked me if i believed in an afterlife, blah blah blah. I told her I have no idea, but when I die I cannot wait to see what, if anything happens. She looked very depressed at this response, but did not know what to say. I thanked her for the course, and left.

I understand that some people need religion to help them through difficult situations and challenges in life. If mental health were better addressed throughout the world, we could easily replace all religion with proper mental healthcare. I certainly do not believe in a god who created man in his own image, providing him with original sin just to then torture said man for using free thought and acting accordingly. All religion was created to control and manipulate people. It is still happening today, control and manipulation, woman are less than and those really in need are offered bibles instead of food and water.

I am an Atheist. I do not believe in God, Allah or any other sacred being(s). I believe in science. I will not apologize for being me, and I will call you on your ignorance should you try to force your religion in to my life. That said, I’m not trying to convert you to Atheism, but I do not want your god, religion or beliefs to interfere with my life in any way. 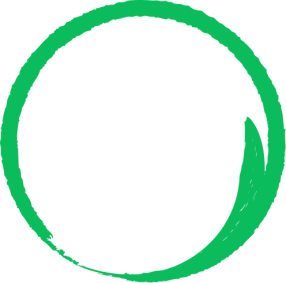 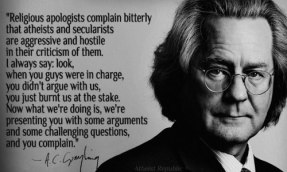 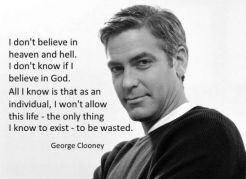 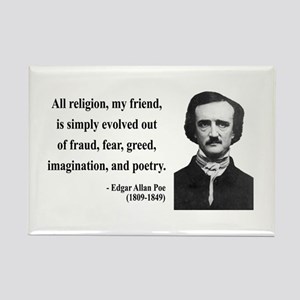 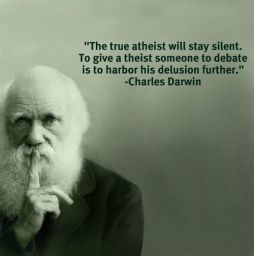 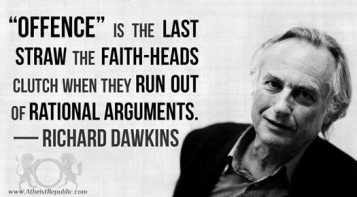 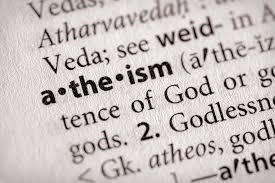 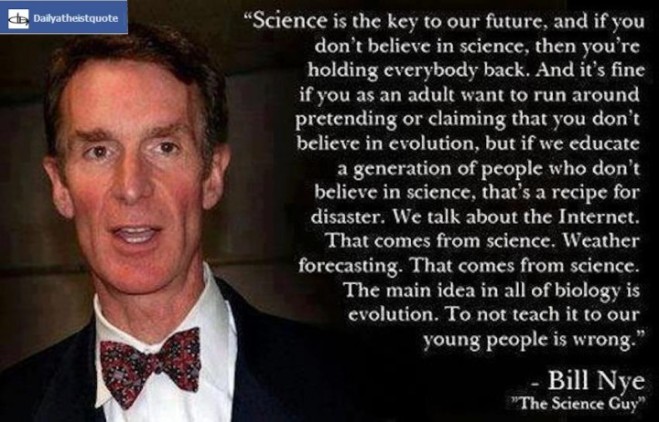 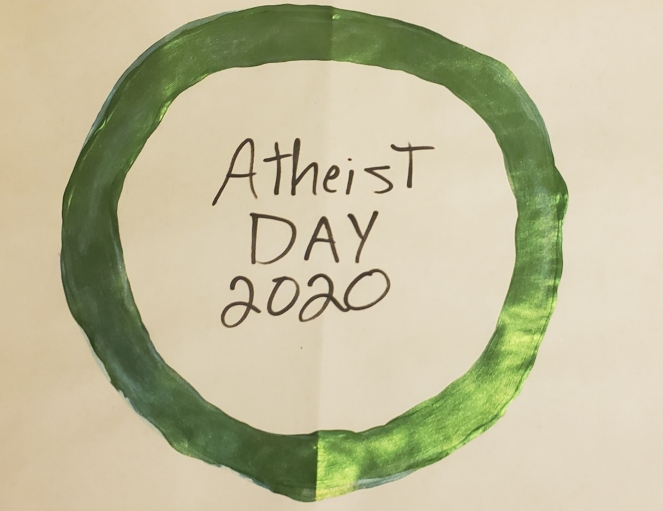