Josh Wilkerson age 27, Jesimya David Scherer-Radcliff age 21, Alec Smith age 26, are just a few Americans who died from Type 1 Diabetes. These deaths occurred nearly 100 years after Type 1 Diabetes was no longer considered a sure death. Insulin cost in the United States have been rising since the late 90’s and even doubled between 2012 and 2016. In 1923 when Doctors Banting and Best produced Insulin to save Type 1 Diabetics from certain death, it was a incredible. They were awarded a Nobel Prize, and in return sold their Patent for $3 to the University of Toronto so that no one company could monopolize insulin.

Insulin is a requirement for living. Type 1 Diabetics’ bodies do not produce insulin the way they should, so they must buy the medication. The corrupt drug manufacturers along with the Republicans who enjoy kickbacks realized that Diabetic patients will pay more money than they should for this life saving medication. Not only will they buy, but they have to buy it regularly until they die. A vial of insulin cost between $2 and $7 to produce, but americans spend an average of $360 monthly. If the American Government actually cared at all for the American people, they wouldn’t allow a life essential medicine to be marked up like this. What’s even more infuriating is how the Democratic candidates will gladly talk about this issue to show how they want to change the system and gain your trust and vote. But none of them have done anything about this growing problem over the last few years.

Even with rather good health insurance monthly expenses for diabetes medication and supplies are still too much to maintain a healthy lifestyle.

Of course, this does not include the cost of co-pays for seeing an eye doctor twice a year, an endocrinologist between 2-6 times per year and a regular PCP 2-4 times per year. All of this is to simply maintain my Type 1 Diabetes. The average life span of a male with Type 1 Diabetes is 66 years old. However many of those who die younger than 50, and sadly there are many are due to complications with their diabetes leading to Low Blood Sugar Coma or the opposite Diabetic Ketoacidosis. I have experienced both of these more than once and I can testify how terrible they are for the diabetic, but also heart wrenching for their loved ones who have no way to help them.

We Type 1 Diabetics have to pay each month for our own right to live. The cost listed above are for someone who has good health insurance. Type 1 Diabetes is considered a pre-existing condition to health insurance companies, and if I did not have a job that offered health insurance, I would have to pay anywhere from $600 to $6000 a month for Health Insurance. Even with health insurance, some of those companies like the evil United Healthcare have decided that they should get to decide what access you have. United Healthcare has been receiving bribes from some Diabetic suppliers to not cover access to certain insulin, or pumps.

The american government knows that this is happening, and they do nothing about it because they are receiving kickbacks and bribes from the corrupt Health Insurance Companies, the Drug manufacturers and from major chain pharmacies. So what should they care if a few Type 1 Diabetics die, when they are being paid millions to look the other way?

To top it all off, the US government keeps Type 2 Diabetes as the main focus. Type 2 Diabetes is very different from Type 1 Diabetes. With Americans so fat and unhealthy, its easy to use the single term Diabetes when referring to Type 2. Because of this, I am asked why I cant just exercise or not eat chocolate to keep my blood sugar in control. I in turn ask where they got their medical degree and tell them to not to suggest stupid solutions for problems they know nothing about.

So, I would like to know how many Type 1 Diabetics have to die before the US Government decides to step in and fix the corrupt and broken health care system? I suppose the government will continue to do nothing about it, as they have done nothing for Gun Control after hundreds of children have been murdered across the country. In case anyone is wondering if a US politician cares about you and your problems, the answer is no. 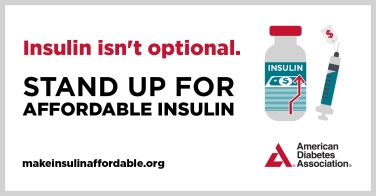 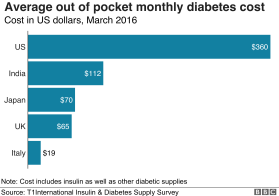